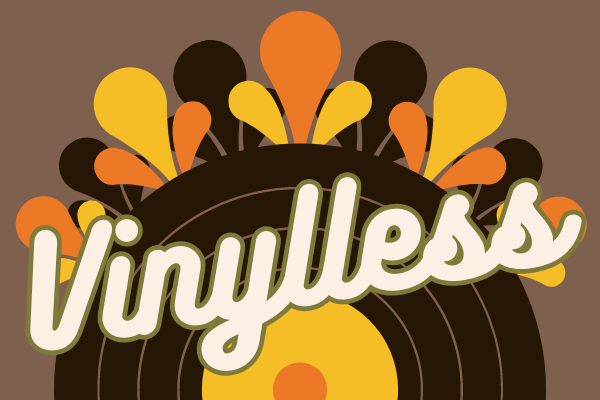 This is just a non-exhaustive list of spaces (both online and irl) that are significant in the way I relate to music and which I thought deserved a shout-out.

To no one's surprise, Bandcamp wins my trophy for absolute best place to purchase music on the web. Also it's just a great place to discover new music by small indie creators, albums especially (contrast this with Soundcloud, which imo is better suited for sharing individual songs). In most cases you have the ability to listen to a whole album before purchasing it, instead of relying on small sample snippets. And - the real star of the show - purchased music is DRM-FREE and can be downloaded in a variety of formats. From what I hear from my musician friends, Bandcamp is very friendly from the creator-side as well, with easy-to-use frameworks to build your storefronts and an amiable revenue sharing model.

Still in development, BNDCMPR is a small tool to make playlists using Bandcamp tracks! My dream online playlist-maker still takes the form of early-days 8tracks.com, where playlists could be made by simply uploading whatever audio files you had on your computer - the closest analog to burning a CD. That obviously was short-lived when 8tracks ran into licensing issues, along with the addition of annoying monetization schemes. (Would you believe that sharing music for free is not very profitable??) Playmoss became an adequate alternative for a while but ran into similar issues with liscensing and profiteering. Now both sites are clunky, unusable husks of their former selves. Currently I use Spotify as my main space for crafting playlists, but it leaves much to be desired with limited song choice, ads, and the fact that you must have an account to listen. BNDCMPR does away with the latter two issues, and while the choice is still limited to what's on Bandcamp, it provides a refreshing new circle to the Venn diagram of track options for your mixes.

Getting this off my chest now: I used to be in the Homestuck fandom. And as every former-Homestuck will surely agree with me, the best thing to come out of Homestuck was the music: both official tracks used in the comic and fan-made musical content. What sprung out of that was a small internet radio station + IRC known as Skaianet Radio, which still looks up and running today, albeit inactive. This was my main online community in late high school/early college. While it was a place to talk about the comic, it also was a formative space for me to discuss music, formulate tastes, analyze themes and obsess over leitmotifs. Homestuck is a major factor of why I have so much "fandom burnout" today, and not every Skaianet regular and I parted on the best of terms (sorry), but I still hold a warm fondness for it.

There are several lovely record stores around town but Vintage Vinyl is the one that I frequent the most. It'a a chill space that has just as much room for CDs as it does for vinyls. It acts as the primary enabler for my impulse-CD-purchasing habits. There's just so much fun in browsing, having something catch your eye, and discovering a new album to take home with you. As an added bonus I feel like a whole hipster culture phenomenon has popped up here stemming from the iconic pink bumper stickers that they sell.

How do you even describe Zone? I guess its well-documented history is a start. Simply put, it's a space built by friends for friends to queue music and jam out together. In quarantine I've lost the energy required to branch out and discover new music, so it's nice to just chill out in a little internet room and have others do it for me. It's just a casual opportunity to share my music tastes and develop them further, while also having tons of fun.